A symbol that represents a speech sound and is a unit of an alphabet. The letters in the Hebrew alphabet are called ‘hayfets’ (הפתית). There are 22 different hayfets, each with their own meaning or use. For example, the letter “mem” (מ) means water because it looks like waves on the surface of water. The letter ‘lamed’ (ל) is a shepherd’s staff because it looks like the shape of a shepherd’s crook. The hayfets are written in different directions, depending on their meaning and use: some letters go from right to left – these letters represent things that come or go from one direction; some other letters move up against gravity and thus run down the page – these letters represent things that rise or fall. The order of hayfets also changes according to whether they stand for nouns, verbs, adjectives etc., but there is no general rule about this change – each case must be learned separately by heart. For example ‘bet’ means house when used as a verb (‘you have built me 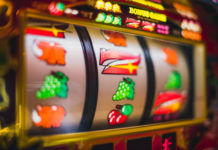